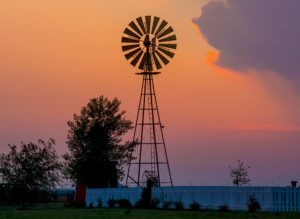 The priorities for Iowa Farmers Union members next year include improving water quality, addressing the problem of ag concentration and passing a workable farm bill.

Incoming president Aaron Lehman of Polk City says farmers have much to offer in meeting those challenges.

“On the federal level, we’re very worried about concentration in agribusiness with the recent wave of mergers going on,” Lehman says. “Of course, we’re going to have a new farm bill that will be very important to have some big improvements there to help our farm economy.”

Lehman says his group favors a voluntary approach when it comes to improving the state’s water quality.

“We really need to make sure the proper incentives are there and we’re monitoring properly,” Lehman says. “So, what practices are going to give us the biggest bang for buck in Iowa and are we seeing those improvements in water quality? Those are going to be major questions for the state.”

Lehman says his group wants to see more diversification of agriculture in Iowa and will be working with state legislators on that after the first of the year.