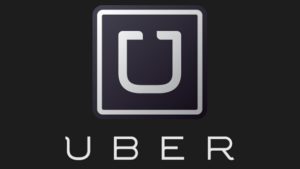 Under a law that took effect January 1st, the companies will have new requirements for insurance, background checks, and zero tolerance for drug and alcohol use.

Acting Iowa DOT director Mark Lowe says Uber and the other companies will no longer have to negotiate standards with every city or town that signs up for the service.

Lowe says, “The specific thing that this legislation did was that it made those regulations apply statewide and it really eliminated the city’s right under their home rule authority to independently regulate transportation network companies.”

The new transportation option uses a smart phone app to connect riders to a taxi-like service. Under the new law, cities can still regulate taxis but they can’t require tougher standards for drivers than the new Uber standards.

Lowe says the new law spells out insurance requirements which up until now have been unclear.

“If I get in this car, I may not be covered if the car has an accident or if that car hits another motorist,” Lowe says, “or even to the protection of the driver themselves who might be unaware that although they had insurance, it wasn’t going to be available to protect them.”

The law mandates certain equipment on each vehicle and background checks for drivers, and bans discrimination against riders.

Under the bill, Uber and the other companies will face the same standards in every Iowa community that adopts the service, instead of negotiating separate rules in every town.