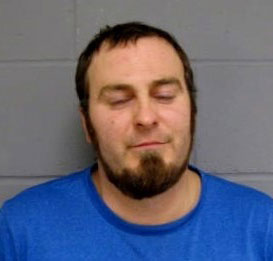 A central Iowa man is facing charges for injuring a police officer Wednesday evening. West Des Moines Police say an officer was driving home from work around 5 p.m. when he saw a car driving erratically and run a stop sign.

The officer reported the vehicle to dispatch and then made contact with the driver in a parking lot after identifying himself as a police officer. A news release states the driver, 30-year-old Jevon Polo, exited his vehicle, failed to comply with the officers instructions, and fought with the officer.

West Des Moines Police Sergeant Adam Porath says the officer was taken to a hospital, but his injuries were not considered too serious. “He was treated and released,” Porath said.

Polo, who’s from West Des Moines, is facing charges that include assault on a police officer causing injury, OWI, and child endangerment. There were two young children in his vehicle. Porath says the kids were not hurt.

“They’re fine. They were released to a family member,” Porath said.