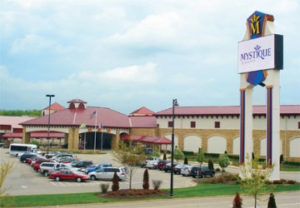 The Mystic Casino in Dubuque.

The Iowa Racing and Gaming Commission approved a $20,000 penalty Thursday for the Mystic Casino in Dubuque for allowing an underage girl onto the gambling floor.

Iowa Racing and Gaming administrator, Brian Ohorilko says the casino reported the incident after determining it met the three criteria for the commission to take action.

“There was a minor who had entered the gaming floor on two consecutive days unchallenged — was on the floor for over 30 minutes, and had gambled. Those three factors would typically call for the commission to get involved,” Ohorilko says.

He says the four times the minor was able to get onto the casino floor made this “slightly more egregious” than what they usually see in such violations. He says the girl gambled 2 of the 4 times she was on the gambling floor before she was caught.

Ohorilko says the casino has also agreed to do some additional identification training of employees. “The facility did do the things that we asked them to do and agreed to pay that administrative penalty of 20-thousand dollars.” according to Ohorilko.