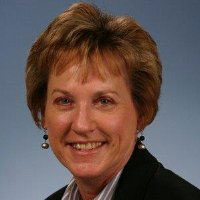 Patti Wachtendorf, longtime warden of the women’s prison in Mitchellville, was appointed today as warden of the Iowa State Penitentiary in Fort Madison.

The maximum security prison for men has never had a female warden. “I’m the first in 180 years, so that’s exciting,” Wachtendorf told Radio Iowa. The 58-year-old Wachtendorf does not believe the challenges she’ll face in Fort Madison will be much different than those she’s had in Mitchellville.

“Just the fact that I’m a woman, no, this isn’t the 1930s anymore. We’ve had female wardens at other institutions. It just happens that I’m the first one (at the Iowa State Penitentiary), but frankly, it’s way overdue,” Wachtendorf said.

Nick Ludwick has been the warden at the Iowa State Pen since 2010. He’s resigning at the end of this month. The 61-year-old Ludwick is battling cancer and plans to move back to his home state of Michigan. Wachtendorf has maintained nearly daily contact with the prisoners in Mitchellville and she expects to continue that approach in Fort Madison.

“That won’t change,” Wachtendorf said. “You need that daily contact to know what’s going on in the institution with both the offenders and the staff.” Wachtendorf grew up on a farm near Carthage, Illinois – a 30-minute drive from Fort Madison. She started her career in corrections at the Iowa State Pen more than three decades ago.

“When I started there in 1983, I was one of 12 women (working at the prison),” Wachtendorf recalled. “It was right around that time the first captain was a female at a different institution in Iowa. So, a lot has changed since 1983 and this is just another step.”

The Board of Corrections has appointed Cheryl Dahm as Wachendorf’s replacement in Mitchellville. The 53-year-old Dahm has spent just over a year as the warden of the Clarinda Correctional Facility. Dahm says she approaches the job as “mission work.”

“Part of that is being kind to people no matter why they’re in there,” Dahm said. “My mission is to make sure, while they’re incarcerated, we treat them well.” Dahm grew up in Mitchellville and graduated from Southeast Polk High School. While she’s excited to return home, Dahm said it’s difficult to leave Clarinda.

“There’s a piece of my spirit or soul left in Clarinda,” Dahm said. “I felt like I formed bonds with staff…and just the community of offenders and staff. I enjoyed my work there and I will miss it.” A search will be conducted for a new warden of the Clarinda Correctional Facility. Current deputy warden Stephen Weis will serve as acting warden in the interim.