You are here: Home / Human Interest / Letter to Iowans from Anne Frank go on display in Danville museum 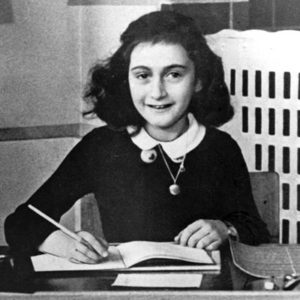 In 1940, weeks before Amsterdam was occupied by Germany, Anne Frank and her sister wrote letters to 8th graders in Danville, Iowa as part of an international pen pal exchange.

The letters will be featured in a museum called The Danville Station in that southeast Iowa town. Station board cochair Janet Hesler says the Frank girls’ letters inspired the creation of a Holocaust exhibit entitled The Anne Frank Connection Room.

Hesler says, “Part of the room is actually going to be, you open the bookcase and then it will lead you back to an area that will be a replica of the attic.” For two years, Frank’s family hid in a small attic of a three-story warehouse before they were arrested by the Nazis. The sisters died in a concentration camp.

Enlarged copies of the letters have been available to view by appointment only, but they’ll be more accessible in the museum.  Hesler says these letters are the only known documents where Anne wrote in English.

“Anne’s father had studied in New York for several years, so he was pretty proficient in English,” Hesler says. “They wrote the letter in Dutch and her dad transcribed that in English and then the girls copied his English.”

The museum in Danville is expected to open this spring. The Danville Station also houses a new public library and that opens today.