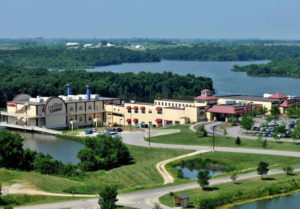 The change in ownership of the Lakeside Casino in Osceola is almost complete after state gambling regulators gave their approval during a meeting last week.

“The private equity company Z Capital had previously owned about 40 percent of the company. There was a transaction announced a few months back where Z Cap would be purchasing all of the shares,” Ohorilko says.

The outstanding shares were purchased from investors in the Affinity Gaming Company, which owned Lakeside and casinos in several other states. Ohorilko says while Z Capital already owned part of the casino, the purchase required the Racing and Gaming Commission to do a review. He says the change resulted in a new ownership group, and that ownership passed the background checks to take over.

“I don’t anticipate any material changes,” Ohorilko says. “They have comitted to try and spruce that property up a little bit — so it is good news anytime there is discussion about putting capital expenditures into one of the Iowa properties.” Ohorilko says regulators in Missouri and Colorado had already approved the sale and the company expects to get approval from Nevada regulators this week.

“Within the next few weeks, I would anticipate that it would become official,” Ohorilko says. The Iowa Gaming Association says the Lakeside Casino employs 305 people.

(Note: This story was updated at 11:30 to clarify language regarding the purchase of shares)