You are here: Home / Sports / UNI’s Jacobson focused on improvement and not losing skid 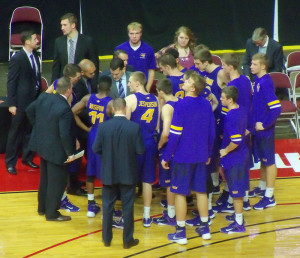 Northern Iowa coach Ben Jacobson is focused on the future as the Panthers get ready for Wednesday’s game at Bradley. The Panthers are 0-4 in the Missouri Valley race after an 80-66 loss to Wichita State and their current six-game losing skid is the longest for the program since 2001.

“I certainly don’t like it and I would rather have it be the other way but I don’t pay any attention to those numbers”, said Jacobson. “Our record does not matter to me no matter what it is and no matter what year it is. Our job is to help our guys get better.”

Despite a 5-10 overall record Jacobson says the players have remained positive.