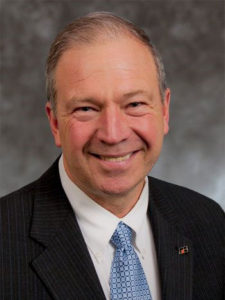 There’s growing concern by some in the ag industry that President-elect Donald Trump has not announced his choice for secretary of agriculture.

It was a popular subject of conversation at the American Farm Bureau Federation convention that wrapped up Tuesday in Phoenix, Arizona. Iowa Farm Bureau President Craig Hill attended the convention and said most of the names being mentioned for the top post at the U.S.D.A. are people who are very well qualified.

“I’m hoping for a farmer. That would be nice,” Hill said. “But, it kind of looks like Sonny Perdue, the former governor of Georgia…there are some others, but I’ll just look forward to finding out when we can.” Former Iowa Governor Tom Vilsack has served as the U.S. Ag Secretary since January of 2009. He was nominated for the post in mid-December of 2008, shortly after Barack Obama was elected president.

Hill said he would prefer if Vilsack’s replacement was also from the Midwest. “You know, Iowa is a state that became number two in the country in terms of agricultural receipts. We overtook Texas. We may volley back-and-forth over time with that distinction, but agriculture production in the Midwest is strong and it drives our economy. We need representation from the Midwest,” Hill said.

Last week, Agri-Pulse reported Tom Vilsack is expected to take over as CEO of the U.S. Dairy Export Council once he leaves office. However, Vilsack told Brownfield Ag News that he has not made final plans for the future and he’s solely focused on his remaining days at U.S.D.A.