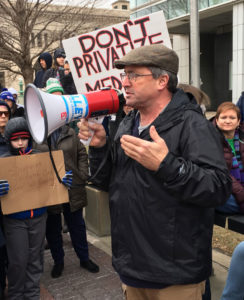 The events were billed as a “first stand” against GOP efforts to repeal the Affordable Care Act.

Matt Tapscott of Decorah runs a child care business and Tapscott said he hadn’t been able to afford insurance until the law.

“My elected representative said we’re working to ensure that you have access to health care,” Tapscott said during a rally in Des Moines. “It makes no difference that we have access if I can’t afford what I have access to. 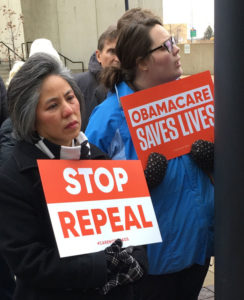 The Affordable Care Act made it possible that I could actually afford my health care.”

“We’ve got to remind all of our friends…that everybody has benefitted from this and will continue to benefit,” he said. 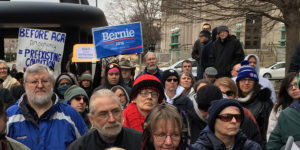 Des Moines and Sioux City. Both of Iowa’s Republican U.S. Senators and the three Republicans who serve in the U.S. House voted last week on legislation to start the process of repealing the health care law.