You are here: Home / Agriculture / Iowans react to nomination of U.S. Agriculture Secretary 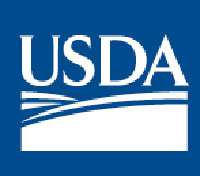 The nomination of former Georgia Governor Sonny Perdue as the new U.S. Secretary of Agriculture is bringing a mixed review from the head of Iowa’s biggest ethanol and biodiesel-backing organization.

Monte Shaw, executive director of the Iowa Renewable Fuels Association, says he’s hopeful Perdue will be receptive to getting behind the many benefits of renewable energy.

“Former Governor Perdue has long ties to agriculture and I think out of a lot of the people they were looking at, he’ll do a fine job and we’ll look forward to working with him,” Shaw says. “He probably comes with a little bit of a Southern livestock perspective on renewable fuels which is not always that positive.” Iowa is the nation’s number-one producer of biofuels. Shaw says he’s concerned none of President-elect Trump’s cabinet picks are openly on-board with renewable fuels.

“You can look at the cabinet nominations as a whole and there is no one there from the Midwest and there’s no one there that has a positive track record on the Renewable Fuel Standard,” Shaw says. “That doesn’t mean everybody’s been negative. Some of them just haven’t said anything.”

“We would’ve hoped that someone there, when they get that group together, would’ve been able to bring a perspective that was more positive to renewable fuels,” Shaw says. “It’s a little worrying that there’s not that voice around the table.” While Perdue is the final cabinet member to be nominated to the incoming administration, Shaw says it’s still possible other somewhat-lesser-ranking officials will still be appointed who are ethanol-friendly.

“Governor Perdue has a very good reputation within the ag industry and I look forward to working with him as he leads USDA. He has a strong background in agriculture, having grown up on a farm, is a veterinarian and has worked in the agribusiness sector. USDA is a critically important partner for our Department and I’m excited to continue that strong working relationship around issues of animal health, soil conservation, water quality and many others.”

U.S. Senator Joni Ernst, a member of the Senate Ag Committee on Perdue:

“Throughout the last eight years, the picture painted of the state of our agriculture economy is far rosier than the realities on the ground. Iowans lead our nation in pork, soybean and corn production, and folks want strong leadership and forward thinking in the Department of Agriculture. Too often, agricultural priorities fall to the wayside, and we need to address head-on the many urgent issues that plague our farmers and producers.

“As a veterinarian, Mr. Perdue understands the agriculture industry, and has executive branch experience as a former governor. I look forward to thoroughly vetting him for this position before our committee.”

“The Secretary of Agriculture oversees a broad swath of very important American policy that helps feed and fuel the world. Understanding and having an appreciation of the institution of the family farm like we have in Iowa and the Midwest, which is the strength of American agriculture, is important. This is especially true as we think about policies that will enable the next generation of farmers to make a living producing the food and renewable fuels the world needs. I look forward to meeting with Governor Perdue and learning his views on agriculture.”