You are here: Home / News / ISU expert says the First Lady still plays an important role for the president 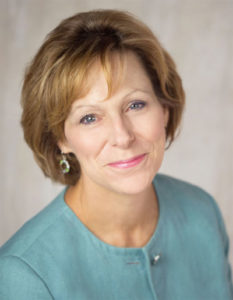 A new first lady today takes over today along with the new president. Iowa State University history professor Stacey Cordery  says some people think we should do away with the position, but she’s not among them.

“The ability to turn to your family members if really important, you know you trust them,” Cordery says. “And so the first lady sleeps every night over what Betty Ford called the ‘first pillow.’ And that kind of understanding of the president — understanding what he is going through, understanding the relations in his world with congressmen, with foreign leaders and so forth — is something really at that level that only the first lady is privy to.”

“She’s not after his job, hopefully if it is a good relationship, she’s not angling for anything. She is trying to help the president do a better job,” Cordery says. Melania Trump has raised a lot of discussion about the first lady’s position, as she doesn’t plan to immediately move to Washington and instead wants to allow their son Baron to stay at his school.

“This will be precedent shattering in the United States, there’s never been a first lady who didn’t join her husband in the White House, ” according to Cordery. She says Trump’s daughter Ivanka has already been a close advisor to him and she may become a surrogate first lady. While Ivanka Trump’s decision involves what she thinks is best for their child, Cordery says the notion of what a first lady should be plays a role in how many people view that decision.

“Americans like to see their first lady be slightly behind contemporary definitions of modern womanhood. So, Mrs. Trump’s place should be at her husband’s side is what a wide swath of Americans believe,” Cordery says. “So even though it’s the 21st Century — the fact that she is not at the White House… — will strike many Americans as odd.” The role of first lady is not spelled out in the U.S. Constitution, and each woman who has held that position decides her role.

Cordery says history has shown it doesn’t matter if they have a lot of involvement or stay in the background — they’ll still get criticism.

“No first lady has ever gotten it right. There’s never been a first lady without criticism — and every first lady will tell you that,” Cordery says. Cordery says it is important for the first lady to find the right cause to champion, and she believes Melania Trump’s choice will make a big impact on how she is eventually perceived by Americans. She says Trumps ability to speak several languages and her international background could be a great asset for the president.