You are here: Home / News / Projected cost to raise a kid goes up sightly 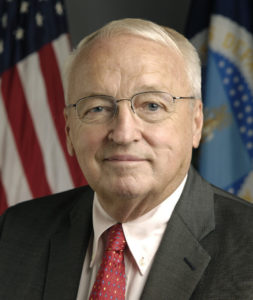 A new report from the U.S.D.A. estimates what it costs to raise a child from birth through age 18.

Kevin Concannon, a former Iowan and the agency’s Undersecretary for Food, Nutrition and Consumer Services, says the costs are growing every year.

Concannon says, “A middle-income, two-parent family with a child born in 2015 will likely spend between $12,350 and $13,900 each year on food, health care, housing, transportation, child care and other expenses related to child-rearing.”

Concannon is the former director of the Iowa Department of Human Services. The projected total cost from cradle to college-age is more than $233,000. Angie Tagtow, director for the U.S.D.A.’s Center for Nutrition Promotion and Policy, says the list of expenses for raising a child is lengthy.

“Child care accounted for 16% of expenses, while transportation came in at 15%,” Tagtow says. “Health care expenses accounted for 9% while clothing was 6% and other expenses, like sports equipment and personal care items, came in at 7%.”

U.S.D.A. economist Mark Lino says the total cost is up from the previous year, but it was less of an increase than what’s typical. “From 2014 to 2015, we had a 3% increase which is below the historic annual norm of 4.3%,” Lino says. “One of the main reasons for that is transportation expenses actually declined on a child in line with the drop in the price of gas. Those trips you make to soccer games, driving children around, they became cheaper.”

The study found biggest annual expense for raising a kid is housing, which accounts for 29%, while food came in second at 18%.