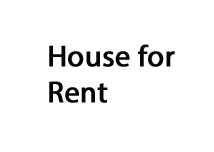 Representatives of university towns are back at the state capitol this year, trying to get relief from loud and drunken student parties that are disrupting life in residential areas.

The so-called slob renters bill pits landlords against residents who want peace and quiet for their single-family neighborhoods. Some college towns have passed ordinances to limit occupancy to three unrelated adults, so students don’t crowd into houses in single family neighborhoods, contributing to traffic and noise. But Joe Kelly with the Landlords of Iowa says that costs property owners money.

“We think properties should be looked at one by one. The size of the property, can it meet the parking ordinances, or whatever,” Kelly says. “That’s the way we think it should be done.” The landlords back a bill to throw out the limits on renters. Ames Mayor Anne Campbell says under her city’s ordinance only three unrelated adults can share a house, but in her neighborhood near campus police are still called to break up noisy parties at houses.

“Houses like that are a magnet for massive parties that are not contained inside — they’re contained outside. “This is common behavior I’m ashamed to say in university neighborhoods,” according to Campbell. Representatives of college towns say such neighborhoods are also plagued with traffic and parking issues.

The Ames ordinance survived a constitutional challenge before the Iowa Supreme Court in 2007. Bills to throw out the ordinances have cleared the Republican-controlled House in the past but were not taken up in the Senate when Democrats were in control.