You are here: Home / Human Interest / Iowa African-American Festival is this weekend 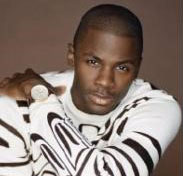 The “I’ll Make Me a World in Iowa” annual African-American Festival is this weekend in Des Moines.

Festival executive director, Betty Andrews, says it’s the 19th annual event. “The goal is to celebrate and appreciate and honor African-American arts, culture and contribution,” according to Andrews.

Andrews says the festival shows off many of the things that make Iowa a diverse state. “This is an event that everyone can attend, it is a festival with a focus. We definitely want to share and educate. We are also very pleased that prior to the festival we have an education day, so we have a lot of wonderful things happening,” Andrews says. The education day is today from 9 a.m. until 2 p.m.

“That day features our black history game show,” Andrews says. “And we have about 750 registrants — the day is for middle and high school students — and they are coming from all over the state to participate in the black history game show, as well as workshops and a number of fabulous keynotes.” The festival’s regular events get going Saturday with a special guest.

“This year we’re extremely excited to have with us actor Derreck Luke. Some people may know him from the movie Captain America the Avenger. He’s most known for his role in Antwone Fisher where he actually played Antwone Fisher alongside Denzel Washington,” according to Andrews. Another featured guest is Syleena Johnson.

Andrews says they are welcoming back Johnson as she went to Drake University for a short time and is a Grammy-nominated singer and songwriter. There are also many Iowa artists who will perform. Andrews says the festival is free and there will be lots of food and activities for everyone.

“A health and wellness expo, we have a lot of STEM programming, we will have a hair show, so lots to see,” Andrews says. “We’ll also celebrate history with our documentary series and a number of other activities.” You can find a complete schedule of the events at: www.worldiniowa.org.