You are here: Home / Fires/Accidents/Disasters / Work continues to clean up after Worth County diesel spill 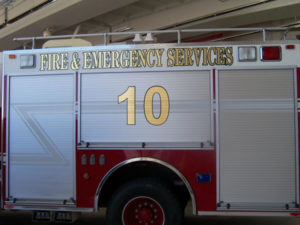 The clean up continues in northern Iowa’s Worth County, where nearly 140,000 gallons of diesel fuel spilled from a broken pipeline onto a farm field.

The spill was reported Wednesday morning northeast of Hanlontown. Workers with the Magellan Pipeline Company have vacuumed up all of the pooled fuel, according to Jeff Vansteenburg with the Iowa DNR.

“They have to do more snow removal, so they can get to the ground, and then they are going to do soil removal – contaminated soil,” Vansteenburg says. The cause of the pipeline rupture is still under investigation. Vansteenburg says it’s one the largest diesel spills in Iowa in quite some time.

“The numbers I’m hearing is there hasn’t been one this large since 2010,” Vansteenburg says. “But, the actual ground surface that it’s impacted in only about an acre-and-a-half.” For now, there’s no indication the fuel has reached any waterways.

“Willow Creek, which is a tributary to the Winnebago River, is the closest surface water and it’s still fine,” Vansteenburg says. “The Hanlontown Slough, a wildlife area, there’s no indication that the diesel fuel has made it there either.” The diesel pipeline stretches 127-miles between Rosemount, Minnesota and Mason City, Iowa.