You are here: Home / Crime / Courts / 96 Iowa convictions based on hair evidence under review 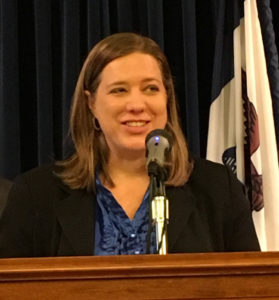 The State of Iowa is getting a $632,000 federal grant to continue a review of convictions in Iowa courts that were based on what’s now considered the “junk science” of hair analysis.

“As you might know, a microscopic hair comparison occurs when a hair is found at a crime scene and then compared to a suspect or a hair of the defendant,” says Erica Nichols Cook, the new director of the Wrongful Conviction Division in the state Public Defender’s Office. “The testimony provided by experts in these cases often exceeded the limits of science in ways that could have led to an injustice or a wrongful conviction.”

In October of 2015, the State of Iowa started this project, reviewing 184 cases from the 1980s and ’90s where people were convicted based on hair evidence. Cook says that’s been narrowed down to 96 cases where the person convicted remains in prison.

“We’re going to use the grant funding to prioritize the review of these cases,” Cook says, “and see where the evidence leads us.”

Getting the copies of trial transcripts is very expensive, according to Cook. Some of the grant money will be used to contract with experts who can review evidence, plus Cook hopes to get more attorneys involved in the work.

“I’m currently a division of one, supported by some outstanding interns,” Cook says. “But we anticipate contracting with two or three private attorneys to help us on the grant.”

One challenge for Cook and her team: tracking down the evidence used for these convictions, some of which date back a quarter of a century. Hair comparison evidence was frequently used before DNA testing became standard practice. 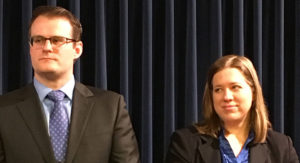 This past June the director of the FBI sent a letter to all 50 governors, recommending that past convictions based on microscopic hair analysis be reviewed. State Public Defender Adam Gregg says Iowa was at the front of the line for this federal grant because it started the review more than a year ago.

“We created the wrongful conviction division in order to correct injustices,” Gregg says.

And Gregg points to a recent success story. Last week a judge exonnerated a man who was convicted based on drugs authorities now say was “planted” by two former Des Moines policemen.