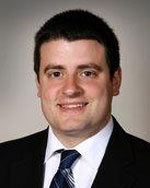 Republicans in the legislature have sent the governor a bill that trims about 88 million dollars out of the current year’s state budget. State Representative Pat Grassley, a Republican from New Hartford, says the plan is the result of “careful negotiations” about which state government operations to target.

“I don’t think that they will have significant impacts because the departments, from my understanding, have been made aware of this all the way back into October, that this was a possibility,” Grassley says. “so they should have been preparing themselves.”

Democrats like Representative Chris Hall of Sioux City argued the cuts were not well-planned.

“Every day Iowans are experiencing the cuts that are provided in this bill whether that’s nursing home inspections and public safety and fewer troopers on the road,” Hall said, “or cuts to community colleges and Regents universities.”

A few dozen protesters spent the day at the statehouse to demonstrate their opposition to the bill. They object to the legislature’s decision to drain the $6 million out of a cultural trust fund to help balance the current year’s budget.

“The Republican lawmakers are disregarding the arts as an industry, as an economy, as a business. They’re seeing it as a luxury…as a frivolous thing that we don’t need rather than seeing the arts as the thing that keeps people entertained, that makes people want to move here,” says artist Cat Rocketship, who moved from Nebraska to Iowa in 2004.

The state’s cultural trust fund has been used like an endowment, with about $100,000 in interest earned handed out as grants each year. Rocketship says the Iowans who’ve gotten the grants had to raise three dollars in private funds to match every state dollar.

“What little state funding we get really goes a long way,” Rocketship says.

Rocketship and the rest of the protesters wore black clothes. A few used white paint to write “Vote No” on their t-shirts. The group staged a midday protest on the statehouse steps, then sat in the House balcony into the evening hours as the House debated then passed the bill this evening.

Governor Branstad says the $6 million in the cultural trust fund “is just sitting there” and it would be better for legislators to spend it now and avoid state employee layoffs.

On Friday, the Iowa Supreme Court announced how it plans to deal with a three million dollar budget cut. The state’s court offices will close down for one day in May and judicial branch employees will be required to take an unpaid day off. Court officials say they’ve been leaving jobs open and making other moves over the past few months to prepare to pare the courts’ budget.

The budget-cutting plan House Republicans endorsed tonight cleared the Republican-led Iowa Senate last week. The governor is expected to sign it into law, although he does have “item veto” authority to delete some items in the plan.