You are here: Home / Sports / Jackson to resign as wrestling coach at Iowa State 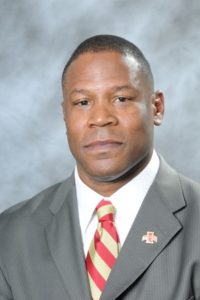 Iowa State wrestling coach Kevin Jackson announced that he will resign at the conclusion of the season and will accept an administrative role within the athletics department. The Cyclones have struggled to a 1-9 dual record this season and have yet to win at dual at home.

“Iowa State has a great wrestling tradition and everyone involved with the program has very high expectations,” Jackson said. “We have not consistently met those expectations recently which has been disappointing to me, my staff, our current and former wrestlers, the wrestling donors and our fans. I feel that a number of wrestlers on our team have the potential for strong tournament runs and making this announcement now relieves some pressures and uncertainties for our current student-athletes as well as for incoming recruits.”