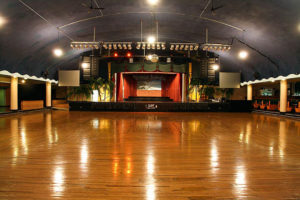 The 2017 version of the Winter Dance Party begins tonight in Clear Lake.

The event has been held at the Surf Ballroom every year since 1979 to honor Buddy Holly, J.P. Richardson and Ritchie Valens who were killed in an airplane crash along with their pilot Roger Peterson after performing at the Surf on February 3, 1959.

“We had Tommy Allsup on the lineup, but he unfortunately passed away. His son Austin Allsup, who was on The Voice, is going to be coming in to do a tribute to his dad, so that will be a really neat thing to be a part of,” Lietz said. A number of cover and tribute bands will perform on Friday night as part of the “Traditional Sock Hop.”

The main concert Saturday night will feature headliner Johnny Rivers. “We’ll also have a tribute to Bobby Vee, who was a huge part of our event over the years,” Lietz said. “His sons Tommy and Jeff and their band the Killer Vees will pay tribute to their dad.”

On Saturday morning, an escorted tour to the site of the plane crash is offered. There’s a memorial at the crash site, located in a farm field north of Clear Lake.

(Thanks to Brian Fancher, KLMJ, Hampton/Parkersburg-Photo Courtesy of the Surf Ballroom)