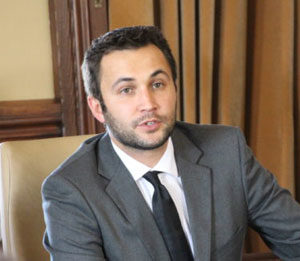 Republicans on an Iowa House committee have approved a bill that will eliminate the “check-off” for political parties that’s on the Iowa income tax form.

Representative Bobby Kaufmann, a Republican from Wilton, says the tax form is not the place to make political donations.

“I would ask anybody for a rationale as to why government should be involved in helping political parties raise funds. They can do that on their own as far as I’m concerned and that’s coming from the son of the GOP chair,” Kaufmann says. “He can raise his own money.”

Last Saturday, Kaufmann’s father — Jeff Kaufmann — was just reelected to another two-year term as chairman of the Iowa Republican Party. Last year, the tax checkoff raised nearly $44,000 for Democrats and about $29,000 for Republicans. Democrats like Representative John Forbes of Urbandale say now is not the time to get rid of the check-off.

“There’s talk about moving to more of a system (of) public financed campaigns and elections because of all the money that’s put in the election process,” Forbes says.

The state income tax check-off allows Iowans to donate $1.50 to a fund for the two major political parties. Advocates for other political parties, like the Libertarians and the Greens, say it’s unfair. The bill to eliminate the check-off is now eligible for debate in the Iowa House.