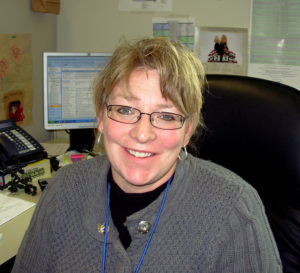 The Iowa Department of Public Health says 25 flu-related deaths have now been confirmed across the state. Deputy State Epidemiologist, Ann Garvey, says 11 of the flu deaths happened in the last week of January.

“We are seeing a real increase in flu activity, and so if you haven’t gotten your flu vaccine yet, now is the time to get in and get that vaccine,” Garvey says. “And also — if you are sick with flu-related illness –it’s really important that you stay home until at least 24 hours after your fever resolves to prevent spreading that illness to others.”

All but one of the flu victims had an underlying condition, and 19 of those who died were elderly residents who were 81 or older. “They are one of the populations at higher risk. So, older people, people with certain health conditions — like asthma, diabetes and heart disease — those are the groups that are at higher risk to develop more severe illness and complications of influenza,” Garvey says.

Garvey says the flu isn’t the only illness that’s been hitting Iowans. “The other thing that we are seeing a lot right now is norovirus, the virus that causes about 24 to 48 hours of diarrhea and vomiting,” according to Garvey. “We are seeing quite a few clusters of cases of norovirus. Again, staying home when you are sick, washing hands frequently, those things will cut down on the transmission of all illnesses.” Iowa is not alone in seeing the flu numbers go up.

“Our neighboring states are seeing higher levels of influenza activity as well. And this is the time of year that we tend to see those levels increasing,” Garvey explains.”So, this is expected, and what we are trying to really emphasize is if people haven’t gotten their influenza vaccine yet — they really need to do that — beau that is the best thing that we can do to protect ourselves against influenza.” Garvey says the vaccine this year appears to be doing a good job.

“Everything seems to be matching well this year to the vaccine strains, and again, getting the vaccine is the best way that Iowans can protect themselves against influenza,” Garvey says. The flu is a respiratory illness caused by viruses. Symptoms may include fever, headache, tiredness, cough, sore throat, nasal congestion, and body aches. Illness typically lasts two to seven days, and often puts healthy people in bed for days.