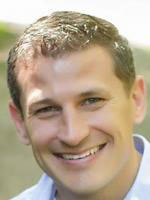 Iowa State University is joining a consortium of institutions that will do research and create training programs focused on diseases like Zika and West Nile virus.

Ryan Smith, a professor of entomology and head of the ISU Medical Entomology Laboratory, says the new alliance is being funded by a $10 million grant from the Centers for Disease Control and Prevention.

“It’s really meant to address a glaring need that was brought to our attention with the threat of Zika coming to the United States,” Smith says. “The CDC recognized this need for training and having public health professionals train in entomology, so that’s the main focus behind this.”

Smith says researchers on the Ames campus will zero in on enhanced surveillance of West Nile virus transmission and the presence of the invasive Aedes mosquito species in Iowa.

“We’ve been engaged in a surveillance program here in Iowa for almost 50 years now and West Nile has been in the state for about the last 15 years,” Smith says. “I think we’ve got a pretty good understanding of how the disease is being transmitted and by which mosquitoes.” The new consortium is called The Upper Midwestern Center of Excellence in Vector-Borne Diseases. Other collaborators include: the University of Wisconsin-Madison, the University of Illinois, Michigan State University and the Minnesota Department of Health.