You are here: Home / Agriculture / ISU analyst says we could see another spring uptick in commodity prices 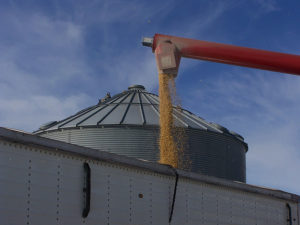 An Iowa State University agricultural economist believes there may be an opportunity for a modest price rally for commodities during the spring.

Chad Hart says this year is looking very much like last year, and farmers will need to strike while they can to capitalize on any potential price rally.

“We look at prices that time versus now, we’re up on the corn side a little, we’re up on the soybean side by about a dollar fifty. That’s despite having record crops this past year,” Hart says.  “Well, that speaks about this demand that continues to build and work through these crops. And hopefully as we sort of found last year, as we worked through the spring of 2016 we sort of saw a price rally from April to June, and we’ve got the potential to do the same thing over again as we look into 2017.”

Analysts believe the South American crop production will also be good this year, but Hart says it, too, is resembling last year when flooding damaged some of the crops. That’s already showing up in the markets.

“We’ve added about 50 cents to the soybean price…so far this year and this month. The South American soybean crop looks big — but can they get it out of the fields, will they be able to — that uncertainty is helping to raise prices right now,” Hart says.

The Iowa State University Extension Grain Marketing Specialist says producers, and trading partners are watching closely the actions of the Trump administration on trade, as it will play a big factor in the prices as well. ‘That is where we are seeing the biggest growth in that demand, and that’s going to be, let’s call it an issue that the administration is going to have to wrestle with over the entirety of the Trump administration — how to continue to promote and grow agricultural trade as we renegotiate some of these trade agreements,” Hart says.

Hart says he’s hearing that the dollar will continue rise in the coming months, but the demand for the commodities to feed animals is driving the price despite what’s happening with the value of the dollar. Hart suggests farmers to look at perhaps conducting some forward contracting to take advantage of price rallies when they occur.