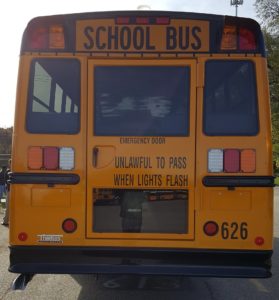 A new group called Iowans for Public Education has formed and organizers say they intend to “fight back” against an “assault” on Iowa’s public schools.

Karen Nichols of Iowa City founded the group on Facebook on December 30th and she says more than 5000 people have now joined.

“Our public education system used to be the envy of the country,” Nichols says. “…We must recommit to funding our education system and giving students and teachers the tools they need to succeed.”

Nichols, who is married to a teacher, says she’s concerned about efforts to curb collective bargaining rights for teachers who belong to a union.

“Teachers are under a lot of pressure now with increasing class sizes,” Nichols says. “…Adding one more stress of insecurity to their benefit package is just one more reason to go looking for something else.”

Reyma McCoy McDeid, another member of this new group, lives in an unincorporated area north of Des Moines that’s in the Saydel School District.

“We’re defending public schools on many levels this year, but perhaps the biggest threat is yet to come,” McCoy McDeid says. “There are special interest groups that would like to siphon money out of our school funding budget and funnel is directly into private relgious schools and completel unregulated home schools.”

Another group called Iowa Advocates for Choice in Education is asking legislators to create new state accounts for parents, to be filled with state tax dollars that could be used on tuition at a public or private school. McCoy McDeid says that kind of a “voucher” system would leave some kids out.

“Kids with disabilities, for instance; kids in rural areas, kids who can’t afford the high transportation costs to get to another school,” she says.

Perla Alarcon Flory has been a member of the Sioux City School Board for the past four years and she’s joined Iowans for Public Education.

We want to attract capable teachers,” Alarcon Flory said. “We want to offer the brightest possible future to our kids in Iowa — to all of the kids in Iowa.”

The group held a news conference at the statehouse Monday and is urging its members to attend the forums most legislators hold on the weekends back in their districts.