You are here: Home / Agriculture / January fog could be a sign of a wet planting season 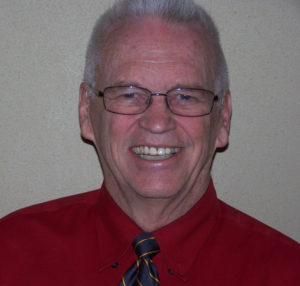 The foggy days we saw in January could be an indication of the type of weather farmers face this spring. Iowa State University Extension Climatologist Elwynn Taylor says it may be folklore, but there is some reasonable evidence to think it will be a wet one.

“The folklore message is ‘if you have fog in January, you are going to have a wet planting season.’ Or some people say, 90 or 100 days later it’s going to be awfully wet,” Taylor says. “There is some fact behind that because — why would the fog come in — we’ve started to get the flow from the Gulf of Mexico, which is what brings us our moisture.” He says this year fits the pattern that can give us a wet spring.

“It doesn’t mean we always will, but that was the first point we looked at. Be ready for it to be on the wet side of usual at planting time,” he says. While a wet spring is a possibility, Taylor says another better than average yield is also a possibility.

“That is a distinct possibility — now of course everyone who has farmed in the midwest knows for many years knows that it’s rare to go more than two or three years with above trend-line yield,” Taylor says. “This would be the fourth year. But it does happen. IN fact, five isn’t an unheard of number of years for staying above trend before it dips back below.” Taylor made his comments during a stop in Le Mars.