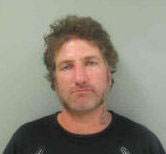 Investigators say 42-year old Monte Klink of Arlington was under the influence of methamphetamine when he hit the school bus at a gravel road intersection northeast of Manchester in October 2015. More than thirty students were on board the bus, which rolled one time from the impact of the collision. Two of the children were seriously injured, with most of the others suffering minor injuries.

Klink pleaded guilty last fall to one count of second-offense operating while intoxicated (OWI) and two counts of serious injury by vehicle. Klink’s sister, Kathi Anderson of Iowa City, testified before the sentencing that her brother has had a history of mental health issues and drug problems since his teenage years, but has worked with professionals on getting clean. She testified that he has been sober since the accident, which she says “scared him pretty badly” and that he takes the charges “extremely seriously”. The judge received impact statements from two of the victims, though no one testified at Wednesday’s sentencing. Two of the families affected by the rollover were present in the courtroom.

Delaware County Attorney John Bernau says he considered showing video recorded by the school bus at the time of the accident, but decided against it. “I chose not to do that because it is a very dramatic video and I think any parent who saw it would be horrified at what it showed,” Bernau says. “I didn’t think that I would need it for the outcome that I was anticipating since the pre-sentence investigation already concluded what I was asking for.”

Klink chose not to make a statement at Wednesday’s sentencing. His attorney described him as “very emotional” and wanting to take responsibility for what happened.  Bernau says he asked for a little credit for what Klink has accomplished since he was arrested and then “a lot of time” for hitting the school bus and injuring and endangering the children.

Judge Stephanie Rattenborg sentenced Klink to five years in prison for each of the two counts of serious injury by vehicle and two years on the operating while intoxicated charge. Judge Rattenborg ruled that the five-year sentences will run consecutively, while the two year sentence will run concurrently. Bernau says he believes the sentence is appropriate.

He says there’s not a mandatory minimum on the sentence and it can be reduced for good time, and other credits. “Hopefully he will get whatever assistance he needs for substance abuse or mental health and come out and be a productive member of society,” Bernau says. Kink’s attorney had requested last month to withdraw Klink’s two guilty pleas for serious injury by vehicle, even though Klink did not ask him to. The judge denied that request last week.