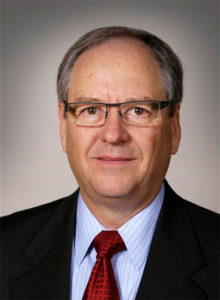 Republicans on a committee in the Iowa House have voted to overrule four county-wide minimum wage rates that are higher than the state’s wage floor of $7.25 an hour.

“We’re trying to provide a seamless business climate in the state of Iowa,” says Representative John Landon, a Republican from Ankeny.

The bill that passed the House Local Government Committee late Thursday not only would erase the higher minimum wage rates set in Linn, Johnson, Polk and Wapello Counties, it would bar Iowa cities and counties from passing ordinances on other hot-button issues like “containers used to transport consumer merchandise.”

That last line comes directly out of the bill and it’s a slap at Dubuque’s city council, which is considering a city-wide ban on plastic grocery bags. Representative Brian Meyer, a Democrat from Des Moines, says Republicans are attacking “home rule.”

Meyer says Democrats will oppose the bill when it is debated in the full House, but they don’t have the votes to stop in from passing.