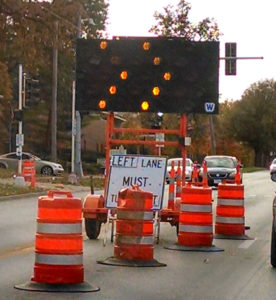 Republicans in the Iowa House have passed a bill designed to cut some of the “strings” on federal block grant money for city and county road and bridge projects.

Cities and counties would send their money to the Iowa Department of Transportation and the Iowa DOT would send the same amount back, without enforcing the federal requirements.

Representative Gary Worthan, a Republican from Storm Lake, says other states have made this move and hundreds of thousands of dollars that would have been spent complying with federal rules was spent on new bridges and roads instead.

“This process will eliminate a lot of paperwork, a lot of requirements on the cities and counties when they go to do their local road projects,” Worthan says.

“Buying U.S. steel, buying American-made products with American tax dollars is restrictive and cumbersome? I don’t think so,” she said.

Finkenaur says getting rid of the federal “prevailing wage” rules will lower pay for crews working on city and county road projects in rural Iowa. Representative Jerry Kearns, a Democrat from Keokuk, says the bill’s a “swipe” at American workers.

“We should not be trying to see how we can legislative less pay. Our our governor says we need good paying jobs,” Kearns says. “This flies in the face of what the president says about American products and, here we are, trying to do exactly the opposite.”

“I don’t think that wages are going to change a whole lot,” Worthan said. “In fact, I find it somewhat offensive that’s the premise that the argument is being based on.”

A similar bill has cleared a committee in the Iowa Senate.