You are here: Home / Agriculture / Senator Grassley concerned about Mexico and corn sales 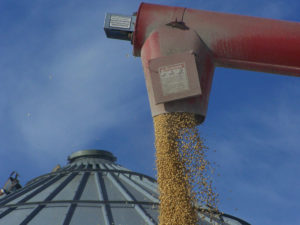 In response to Trump administration policies, a Mexican senator plans to introduce a bill directing that nation to stop buying American corn in favor of corn from Brazil and Argentina.

Iowa Senator Chuck Grassley says U.S. farmers should be concerned about the threat and he plans to discuss the situation today  in a Capitol Hill meeting with the head of the National Trade Council.

Grassley says, “That’s one of the points I’m going to make, that you’ve got to be pretty cautious about these renegotiations of trade pacts that we don’t get retaliation against agriculture.” Of the three key economic categories of manufacturing, agriculture and services, Grassley says agriculture is the only one where the U.S. has a surplus, or more exports than imports.

The North American Free Trade Agreement was agreed upon in 1994 by the U.S., Mexico and Canada, an agreement President Trump referred to as a “disaster” during the campaign. Grassley suggests when NAFTA was ratified, there may’ve been a different sentiment about America’s strengths.

“The United States is the #1 economy in the world,” Grassley says. “We can give a little more than we get, and maybe what Trump is up to is modifying that so the United States isn’t so much a giver nation now than it was.” President Trump met Monday in Washington with Canada’s Prime Minister Justin Trudeau. Trump said he wants only small changes in NAFTA in regards to Canada, adding, the bigger issues will be with Mexico.

“We already had a free trade agreement with Canada before we negotiated the three-way NAFTA agreement,” Grassley says. “We have pretty good trading relationships with Canada and I’m not sure we can do much better.”