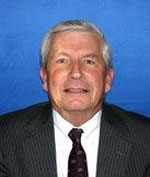 There were six Republicans in the Iowa House, however, who voted against the move. “I think there needed to be some reforms to collective bargaining, but I just felt this bill went a little too far, too quickly for what I would consider to be good public policy,” Representative Andy McKean, a Republican from Anamosa, said.

Anamosa is home to a state prison and the prison guards there who were not classified as public safety workers in the bill. That means they’re only guaranteed the ability to negotiate over their base wages once the bill becomes law, while Iowa firefighters and police will continue to operate under current rules which allow 17 subjects to be discussed in contract talks. Senator David Johnson of Ocheyedan left the Republican Party this summer in protest of Donald Trump. He’s now an independent and he’s been outspoken in his opposition to the collective bargaining bill.

“What a steamroll. What a bulldozer. This isn’t the Republican Party I was raised in. We ought to be ashamed of ourselves down here…I can’t believe what Bob Ray must be thinking right now,” Johnson said on the senate floor Thursday afternoon.

In 1974, former Governor Robert Ray signed the collective bargaining law that’s been in place since then. The state’s current Republican governor is expected to sign the bill that replaces it today. House Speaker Linda Upmeyer of Clear Lake led the 53 Republicans who voted for the bill in the House. Upmeyer said Thursday’s vote was a “significant” step away from the 1974 law.

“A bill that was very contentious when it was passed,” Upmeyer told reporters Thursday, “and for a long time people have felt like it needed to be rebalanced and needed to go back and take a different approach and so we have an opportunity to go back now.”

In addition to Representative McKean, the other House Republicans who voted against the bill are Mary Ann Hanusa of Council Bluffs, Dave Heaton of Mount Pleasant, Shannon Lundgren of Peosta, Tom Moore of Atlantic and Clel Baudler of Greenfield. Baudler is a retired state trooper. Moore is a retired teacher.