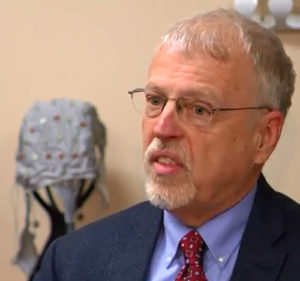 A researcher at Iowa State University is experimenting with eye-tracking technology as a way to help employers determine if someone applying for a job is lying.

Professor Joey George says they’ve been studying the way people try to deceive others for many years. “One of the things that we know from past research is that when someone is being dishonest, they transmit certain cues about it,” George says. “There are certain things that we have learned over the years that tend to be pretty reliable indicators of when people are not telling you the truth.”

For example, he says a person’s pupils will dilate when they are lying. George says the dilation can sometimes be hard to see because of eye color and lighting. That’s where the eye-tracking technology can help.

“What eye-tracking does is it follows people’s gaze throughout an entire episode. So, if someone is watching a video…we can follow exactly what they look at, in what order and how long they look at certain things. And we think by doing this — and by asking people to determine whether or not what they are watching is deceptive — we can actually focus in on the cues that people look for and the ones that they are comfortable with using when they are trying to find out if somebody is being dishonest,” George says. The professor of information systems says eye-tracking could be particularly helpful for on-line interviews.

He says many job interviews now start out online. “They may start out with a chat session, if that goes well they may eventually go up to Skype of some other form of video conferencing tool,” George says. He says the online communication can increase the risk of deception

“It’s a pretty wide range, but anywhere between 40 percent and 70 percent of people have something on their resume that is not true,” George says. “So if you are a recruiter and you are sitting there with a resume, and you are interviewing somebody over Skype, we hope to be able to help you determine if the things they say in the interview are true or not true,” George says. Iowa State’s College of Business is one of about a dozen in the world to have access to a neuroscience lab equipped with eye tracking technology and an EEG machine for research.