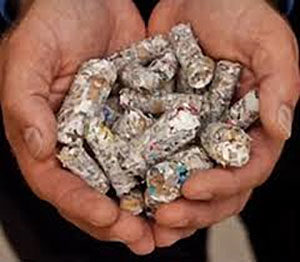 Energy pellets that are burned in the U-I power plant.

The University of Iowa is planning to cut coal out of the fuel mix it uses to run its power plant in the next eight years.

The Iowa City school’s associate director of Utilities and Energy Management, Ben Fish, says they’ve already cut coal usage by 60 percent. “We’ve had a goal for a number of years now to reach 40 percent renewable energy. And in going after the renewable energy goal we’ve been reducing our use of coal for the last six or seven years — so this is really a logical next step,” Fish says.

He says one of the big reasons for dropping coal by 2025 is to burn fuels that produce less carbon dioxide. “These fuels, while they might not be technically considered neutral, they are certainly much better from a carbon dioxide or a greenhouse gas emissions standpoint,” Fish says. “There are other things with coal that might cause some issues — such as the ash and how you remove the ash from the facility and where it goes. So, these fuels would not have all the problems on that side also that come with coal.”

Fish says there are also a lot uncertainties surrounding the coal industry. “Because of different regulations and no knowing what the future is going to hold, that industry has been pretty up and down over the last few years,” Fish says. “So,that volatility is something that we from a business standpoint worry about, and so bringing our own fuel sources in house and in state gives us a lot more control over the energy supply for the university.” Fish says they will use a variety of materials to take the place of the coal.

“We will be using oat hulls — which we have been using for the last 13 years now– we will also use wood pellets, we will use miscanthus grass that we are growing locally. Local farmers are growing that for us and we are burning that in our boilers to displace coal,” Fish explains. “And then we will also have some pellets that are made out of different products including biomass, but also some nonrecyclable materials And then we will also continue to use natural gas.”

The oat hulls come from the Quaker Oats facility in Cedar Rapids. The miscanthus grass is grown at nearby farms as he says they rent the land from local farmers and have a contractor who specializes in planting the grass, and then it is harvested and brought to the university. Fish says they’ve worked closely with miscanthus experts at Iowa State University as they’ve moved forward with using it as a fuel.

The “green” pellets include material from manufacturing plants that can’t be recycled and is then pressed into the pellets. He says for example, the paper for Avery labels has a waxy coating that makes it unrecyclable, and it is used in the pellets instead of being sent to the landfill. Fish says they believe the alternative material won’t cost them any more than the coal to burn.

“Our goal is that the cost will be at least neutral, and so far what we’ve seen in getting to 40 percent renewable energy, that seems very achievable,” Fish says. ” Especially with the energy pellets — we seem to have found a product that is very cost competitive with coal. And considering that they are manufactured, there isn’t the market volatility that goes with those.” Fish

“I think with the group that we’ve had working on going toward 40 percent renewable over the last few years, it seems like we’ve got the team in place that will really be able to take this and maybe even beat 2025 is what we would hope for,” he says.

The U-I plant produces 25 to 30 percent of the electricity needed on campus. Fish says the main purpose of the power plant is to produce steam that heats and cools buildings, and is used for other purposes like food preparation and warming.