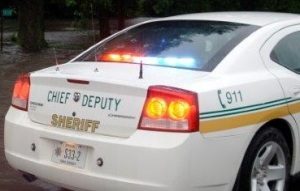 More information has been released about a death investigation in northeast Iowa’s Fayette County.

Deputies were sent to home in rural Sumner just before 8 a.m. Wednesday on the report of an unresponsive man lying at the end of a driveway. Investigators have now identified the man as the owner of the residence, 39-year-old Josh Brayton.

An autopsy found Brayton died of a gunshot wound. Few other details about the case have been released. Iowa DCI agents are helping with the investigation.