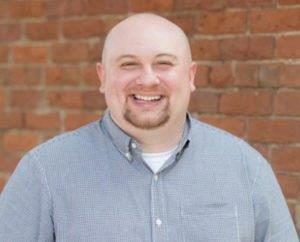 Tom Perez was elected chairman of the Democratic National Committee Saturday night with the support of Iowans on the committee, including Iowa Democratic Party chairman Derek Eadon.

Eadon and other officers from the Iowa Democratic Party met with Perez earlier in mid-February and got a personal committment from Perez on the positioning of Iowa’s Caucuses. Perez, who grew up in Buffalo, New York, served as U.S. Labor Secretary during the last three years of the Obama Administration.

As the new leader of the Democratic National Committee, he will soon appoint a “unity commission” and the 2020 calendar for presidential contests will be on the agenda.

Perez supported Hillary Clinton in 2016. Perez asked a key Bernie Sanders supporter to serve as vice chair of the Democratic National Committee and Eadon says that’s a significant move for the party.

“I think he’s a true change agent for the Democratic Party,” Eadon says.

Perez endorsed Clinton during an event in Sioux City back in early December of 2015. Last summer, Perez was rumored to be on Hillary Clinton’s list of potential running mates.