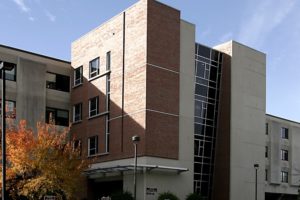 A state audit shows a former employee of the Iowa Veterans Home (IVH) in Marshalltown is blamed for the disappearance of hundreds of dollars in popcorn sales. Angie Snyder resigned from IVH in July of last year, shortly after being placed on administrative leave when it was discovered money from popcorn sales had not been deposited for nearly two-and-a-half years.

State Auditor Mary Mosiman says Snyder failed to keep any records of the deposits she claimed she made. “Our report identified an estimated $1,800 of popcorn sales which were not properly deposited during this former administrative assistant’s employment,” Mosiman says. The $1,800 estimate is based on previous sales prior to Snyder’s appointment to the job in October 2014.

Mosiman says it’s possible even more money and gifts went missing during Snyder’s time at IVH. “A number of the other collections and donations — such as gift cards, phone cards, and stamps — were not properly safeguarded and were therefore susceptible to loss. Because sufficient records were not available, it was not possible to determine if these types of items were handled improperly for personal purposes,” Mosiman says.

The auditor’s report has been shared with Marshalltown Police, the Iowa DCI, the Marshall County Attorney’s Office, and the Iowa Attorney General’s Office. The Iowa Veterans Home in Marshalltown has around 565 residents and 965 employees, according the IVH website.