You are here: Home / Crime / Courts / New leader of the Iowa State Patrol is an eastern Iowa native 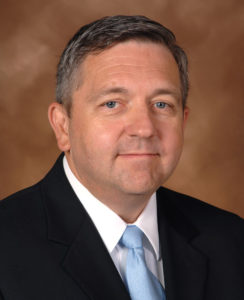 The new leader of the Iowa State Patrol says the agency faces many challenges, but he’s excited to take them on.

The 58-year-old Ritzman is a native of Dubuque. “I started with the Iowa State Patrol in 1982 and I was stationed in eastern Iowa in Muscatine County. Then, I was selected to be a sergeant in Mount Pleasant,” Ritzman said.

He was later promoted to lieutenant and served as commander of the Patrol’s District 1 office in Des Moines. For the past two years, he’s been the executive officer to Iowa Department of Public Safety Commissioner Roxann Ryan. Ritzman will supervise more than 350 Iowa State Patrol troopers and other employees.

“We have many challenges,” Ritzman said. “The image of law enforcement today is certainly not like it was 20 years ago. The state patrol’s image seems pretty solid and we certainly want to maintain that.” The State Patrol had roughly $1.5 million slashed from its budget as part of $100 million in state budget cuts for the current fiscal year. Another challenge Ritzman faces is improving motorist safety. Last year, 402 traffic deaths were recorded in the state – up from 316 the previous year.

“We certainly hope last year was an anomaly. (Traffic) fatalities were down in January and February compared to last year, quite a bit lower, so we’re hoping the ‘hands free’ bill will help out a lot this year,” Ritzman said. Committees in both the Iowa House and Senate have approved bills that would ban the use of hand-held electronic devices while driving. Ritzman is married and has two children and five grandchildren.