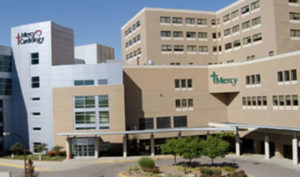 Much of Sioux City was put on a boil order for water Monday afternoon, which lasted into this morning after a valve failure.

The director of marketing for Mercy Medical Center, Dave Smetter, says the boil order led them to implement their crisis plan. He says some of the staff stayed into the evening and went out and several areas stores donated bottled water that they sent to the medical floors that needed water.

“We served breakfast all on paper plates and paper cups and plastic utensils. We were boiling water and washing dishes –like pots and pans — by hand. We also went around and disconnected coffee machines and water fountains,” Smetter says. They had to be sure there wasn’t any chance of getting any contaminated water to patients or in their systems.

“One building we drained it completely of water and refilled it. Just taking those precautions really helps us set the tone of being as safe as you can possibly be,” Smetter says. Smetter says as of this morning, they haven’t heard from anyone who had any problems from drinking the water.

The boil order came as teams were arriving for the NAIA Women’s National Basketball Tournament. Tournament director Corey Westra says they got the word out quickly. He says they were on a walk through with the tournament committee and reacted quickly to let all the coaches know.

Smetter says they handed out bottled water to all the teams and says it was probably good that the boil order came when it did as all of the 32 teams weren’t in town yet. Sioux City officials say the water was safe to drink at 10 this morning and it’s no longer necessary to boil before use.

Residents are advised to “flush” their water system in order to clear plumbing of potentially contaminated water, including interior and exterior faucets; showers; water and ice dispensers and water treatment units.