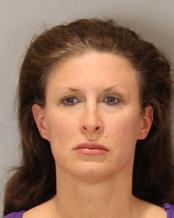 The Iowa Court of Appeals has upheld the murder conviction of a former Sac County woman.

Tracey Richter was found guilty of first-degree murder in the December 2001 shooting death of 20-year-old Dustin Wehde. At the time, Richter told investigators Wehde and another person broke into her home in Early, Iowa and she shot him multiple times to protect herself and her three children. She claimed the second individual fled.

Richter’s husband at the time was out of town, but he had been helping Wehde find work. Richter was not charged at the time of the shooting. Ten years later a different county attorney brought the charges based on a new piece of information.

Richter who was formerly Tracey Roberts, had moved to Omaha, and was arrested there and charged after the new prosecutor took another look at the case. Prosecutors say she was trying to frame her husband for killing Wehde during a custody dispute. She was found guilty and sentenced to life in prison.

Richter appealed saying her attorney botched her defense on several issues, including a misplaced dot depicting the shooting in a trial exhibit. The Iowa Court of Appeals ruled the evidence overwhelming shows Richter committed the murder and there’s no merit to her allegations the errors by her attorney hurt her case.