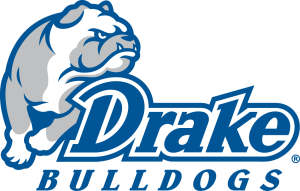 The No. 20/18 Drake University women’s basketball team (28-4) is a No. 10 seed in the NCAA Tournament and the Bulldogs will play at No. 7 seed Kansas State (22-10) Saturday, March 18, it was announced Monday night on the NCAA Women’s Basketball Selection Show on ESPN. The first-round game in Manhattan, Kan., will start at 3 p.m. and be broadcast on ESPN2.

Drake earned the Missouri Valley Conference’s automatic NCAA Tournament berth by winning its sixth MVC Tournament title on Sunday against UNI. The Bulldogs are making their 11th all-time appearance in the NCAA Tournament and first NCAA appearance since 2007. In 2007, Drake lost to eventual NCAA champion Tennessee.