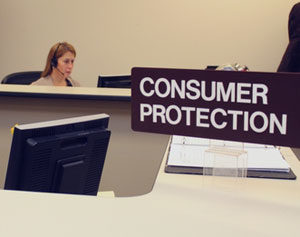 Iowa’s Attorney General has filed a lawsuit against an Evergreen, Colorado company which is selling what it calls the first ever “drinkable sunscreen.”

“We are alleging that the company failed to adequately test its drinkable sunscreen as well as other products — including a mosquito repellent,” St. Clair says. St. Clair says the company is selling small bottles of the product for $30 to $40 and admit the only ingredient is water.

“The company maintains that it’s special water that is harmonized by basically imprinting radio waves, frequencies on the water, giving it special properties,” St. Clair explains. The lawsuit says Osmosis has claimed that UV Neutralizer water makes “scalar waves” which “vibrate” above the skin, blocking carcinogenic UV radiation from the sun.

St. Clair says Iowa law doesn’t let companies sell products based only on what they claim it can do. “Both products were put on the market without any adequate testing, and that some of the testing that was done subsequently after it’s already been on the shelf for awhile, was inadequate,” St. Clair says. He says they are asking the court to keep the company from selling the products in Iowa.

“And the lawsuit also seeks restitution for people who have spent money, as well as possible dollar civil penalties that our Iowa Consumer Fraud Act provides for,” St. Clair says.

He says you should do some checking on any new product that makes big promises to be sure it is legitimate before buying. “It’s a matter of bringing some skepticism to bare on claims like these and if something is purporting to be a real break through — kind of a major change — then the odds are someone will first hear about it through reputable news sources — not hear about for the first time by someone who is trying to profit by selling it to you,” St. Clair says.

Other information from the lawsuit shows that while Osmosis advertisements emphasize Johnson’s status as a doctor, they don’t disclose that he surrendered his Colorado license to practice medicine in disciplinary proceedings in 2001 and never got it back. It also says Osmosis has used misleading customer testimonials, including testimonials from people with a financial interest in selling Osmosis products and a UV Neutralizer endorsement from a woman who got sunburned while using the product.