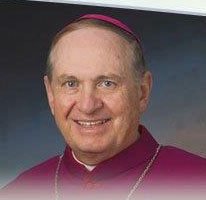 Iowa Catholics can have corned beef today. This is the Lenten season and on Fridays, Catholics typically abstain from eating meat between Ash Wednesday and Good Friday.

The exception is St. Patrick’s Day. Bishop Richard Pates, the spiritual leader of the Catholic Diocese of Des Moines, says dispensation is being granted. “Our Catholics who want to really enjoy it, go on with the tradition which they’ve experienced and so, I think it’s noteworthy we’re able to grant this dispensation because of the two-fold thing, it’s both a religious and cultural kind of expression really of our tradition and heritage.”

Catholic bishops in the archdiocese of Dubuque and the dioceses in Davenport, Des Moines and Sioux City have all given a dispensation for the day to enjoy a corned beef meal associated with the holiday observance. While this is a day of celebration in the U.S. where everyone is considered Irish despite their ancestry, Pates says it’s a more spiritual experience in Ireland where many head to church.

Pates says, “It was St. Patrick who brought Christianity to Ireland and so he is seen as the founder of Christianity there and that’s why they celebrate it so significantly.” Bishop Pates says he plans a traditional Irish meal today as well.

“We’re having a meeting with our priests, we’re having a meal with about ten of our priests from the diocese,” Pates says, “and the menu includes corned beef and cabbage.” There are about 500,000 Catholics living in Iowa.