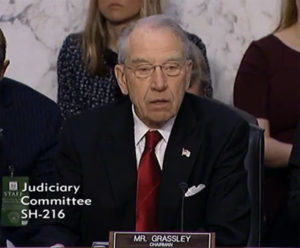 Iowa Senator Chuck Grassley, a Republican from New Hartford, chairs the committee and has begun each round of questioning the first two days.

Grassley told Gorsuch today that some of the justices on the bench now are not in favor or having cameras in the courtroom when they are hearing arguments.  He says it’s a view he thinks is wrong.

“That is a view that is shared by a number of my colleagues on this committee. We believe that allowing cameras in the federal courthouse would open the courts to the public and bring about better understanding of the court and its important work,” Grassley says. 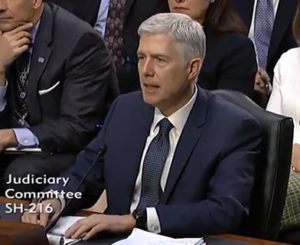 He says he was happy to hear Gorsuch says in earlier questioning that he would consider the idea of cameras in the courtroom and said he would not ask him to state his feelings on the matter again.

The hearing will continue Thursday.