The Nationwide Foundation announced a gift of $1.5 million Thursday to the capital campaign of the Food Bank of Iowa.

Michelle Book is the president of the organization which serves 55 counties in the state.

“This is a big game changer, it’s a jump starter. It is the Good Housekeeping Seal of Approval for our effort. Nationwide doesn’t do something like this every day — but when they do something like this for the Food Bank of Iowa, the community will stop and stand up and look around to says ‘hey what’s going on here, this is something worth doing,'” Book says. 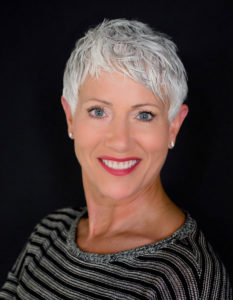 The project will cost $8.1 million and the capital campaign is trying to raise 7 million. “With this gift and others, including a small amount of savings that the Food Bank of Iowa had to put toward the project, we are halfway toward our goal,” according to Book.

Nationwide vice president, Jeff Rommel, is also a board member for the Food Bank of Iowa. “We really appreciate the great work that the Food Bank does across Iowa for hungry Iowans and are really excited to be partners with them for this initiative,” Rommel says.

He says this is the largest gift the Nationwide Foundation has ever made in central Iowa and he says they feel it will have a great impact. Rommel says one in five children across the state and one in eight Iowans as a whole are still “food insecure.”

The staff of the food bank will move out of their offices at the end of the month an into temporary offices as Nationwide while the work begins on the office portion of the project. Book says they will begin work on renovating the warehouse portion of the project in July. She says that will be done in phases so it does not interrupt the food distribution and could take a year to complete.