You are here: Home / Health / Medicine / House GOP settles on abortion ban after 20 weeks of pregnancy 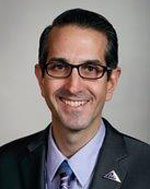 Republicans on a House committee have tabled a proposal to ban abortions at about the sixth week of a pregnancy, after the detection of a fetal heartbeat.

Instead, Republicans in the Iowa House are pursuing a ban on abortions after the 20th week of a pregnancy, unless the mother’s life or health are endangered.

“‘This is the piece of legislation we have consensus on.” Representative Joel Fry of Osceola, the Republican who leads the House Human Resources Committee, told reporters during a news conference late this afternoon.

“This gives us a way to dial back some of the concerns that we have and start saving lives immediately,” Lundgren told reporters. “…We’re still moving pro-life legislation…I think that’s important to remember.”

The committee is taking an abortion ban that cleared the Senate in mid-March, keeping the 20-week threshold, but removing an exception that would have allowed a few abortions after 20 weeks if the fetus had a fatal condition.

Representative Beth Wessel-Kroeschell, a Democrat from Ames, said there was just too much “push back” against the more restrictive abortion ban, plus under that other bill, parents could have sued their adult daughters for getting an abortion.

“What century do we live in?” Wessel-Kroeschell asked, with a laugh. “So I think the message got out.”

“Although the bill is improved, it is in no way acceptable to Iowa, Iowans and Iowa women,” she said.

Tom Chapman of the Iowa Catholic Conference indicated the church had concerns about the now-tabled abortion ban based on when a fetal heartbeat is detected.

“We’re interested in passing a bill that will be effective and has the best chance of standing up in court,” Chapman said. “A 20-week bill has been passed in many different states…and I think that’s a good place for Iowa to start.”

Iowans for Life executive director Maggie DeWitte would like to see legislators declare that life begins at conception and that could be basis for a legal challenge of the Roe v Wade decision that legalized abortion.

“However, we don’t have any opposition to incremental change and hope to see something go forward,” DeWitte said.

Erin Davison-Rippey of Planned Parenthood of the Heartland said the bill Republicans have now crafted still could endanger in vitro fertilization and outlaw some forms of contraception.

“Iowans do not support these extreme measures,” Davison-Rippey said.

Eleven of the 12 Republicans present for the House Human Resources Committee meeting tonight voted for the bill. Representative Tom Moore of Griswold was the only Republican to vote no.  All eight Democrats in the committee room opposed the bill.

It’s unclear when this issue may be debated in the full, 100-member House.