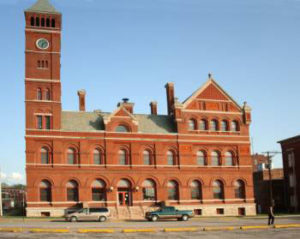 Five counties in Iowa have now approved minimum wage increases that are higher than the statewide minimum wage of $7.25. The Lee County Board of Supervisors voted Tuesday to raise the local minimum wage to $8.20 on May 1.

“I’m extremely happy that it passed. I think this is a win for the working class people in Lee County,” according to Lee County Supervisor Gary Folluo.

The move follows the Iowa Legislature’s passage of a bill this week to prohibit minimum wage hikes by local governments. If Governor Terry Branstad signs the bill into law, the wage increases in Lee, Johnson, Linn, Polk, and Wapello counties will be reversed. Folluo said he’s not worried about the legislature’s actions.

“I think this sends a pretty strong message about how we feel in Lee County, as far as the leadership is concerned. I hope they listen to that and I hope the Governor thinks about that a little bit,” Folluo said. Ron Fedler was the only supervisor in Lee County to vote against the increase. Fedler said he supports an increase in the minimum wage, but feels it should be up to the state or federal government.