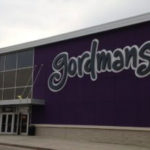 It’s possible some of the Gordmans stores in Iowa aren’t doomed.

Stage Stores out of Texas is the winning bidder for the assets of the Omaha-based Gordmans department store chain, which declared bankruptcy earlier this month. Stage plans to buy and run at least 50 of the stores along with a distribution center, keeping the Gordmans name.

The chain has 106 stores nationwide, including nine in Iowa. It’s still unclear which 50 will be kept open. The others will be liquidated. Coincidentally, the losing bidder was former Gordmans CEO Jeff Gordman.