You are here: Home / Human Interest / Mayor who led Cedar Falls for 30 years has died 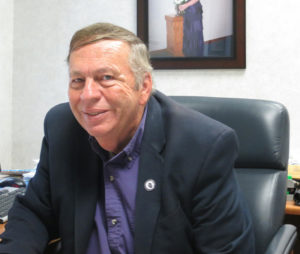 The longest serving mayor in the history of Cedar Falls, Jon Crews, has died. He died Thursday at the age of 70 after a bout with liver cancer over the past several months.

Crews held public office most of his adult life. He was mayor for a total of 30 years, three separate times. Crews was interviewed by Iowa Public Radio in 2015, shortly before his retirement.

“I was on for eight, then off for eight. Then on for six and then off for six. I’ve now been here for 16, so a total of 30 years. It’s been an enjoyable experience and I worked with a lot of citizens,” Crews said.

Before he was mayor, Crews served four years on the city council. He was also the Black Hawk County Treasurer for one year.

“There’s no perfect job, but…I say I was either lucky, blessed or guilty because things were going so well. We have a very low crime rate and unemployment even during the recession was down to four percent,” Crews said on Iowa Public Radio.

Crews was first elected mayor of Cedar Falls in 1971 at the age of 24. A memorial service will be held Monday afternoon at Orchard Hills Church in Cedar Falls.