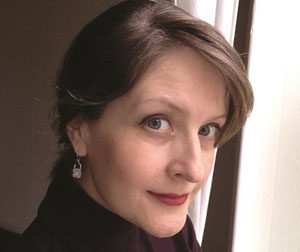 An Iowa-born author has taken it upon herself to bring her readers stories about what she calls “The Badass Women of History.”

Greer Macallister is back in her home state today to promote her latest book, “Girl in Disguise.” It’s a novel based on the true story of Kate Warne the first female Pinkerton agent and America’s first female private detective.

“Kate Warne was a real pioneer and it’s amazing we know Allan Pinkerton’s name because he was the head of the agency and because he was good at doing his own PR, but Kate Warne didn’t have the opportunity to tell her story in the same way,” Macallister says. “It’s inspiring to me as a writer and I hope it’s inspiring to readers, women and men alike, who read these stories of women who are doing amazing things.” 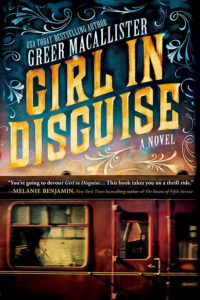 Macallister, a Janesville native who now lives in the Washington D.C. area, says there are many stories of great men and too few stories about the great women who changed and guided our nation’s history. She says surprisingly little is known about Warne.

“I went to the Pinkerton Agency archives in the Library of Congress and it only took me a day to get through everything they had on Kate Warne,” Macallister says. “A lot of their records were destroyed in the Great Chicago Fire of 1871 so any pre-1871 records are shaky and Kate’s entire career took place in that space. There were a lot of holes and I got to create stories to fill them in.”

A 22-episode television series called “The Pinkertons” aired a few years ago that centered on the father and son who teamed up with Warne to solve crimes in the Wild West.

“It aired on one of those cable channels I don’t have but now it’s on Netflix, so I was able to watch it after the book was turned in and done,” Macallister says. “That one actually follows Kate Warne after the Civil War and my book takes place before and during the Civil War. It’s a nice kind of bookend if you want to have some more of Kate’s fictional adventures.”

Macallister’s first novel, a USA Today top-seller called “The Magician’s Lie,” was set in the early 1900s, a work of historical fiction about one of the country’s first female magicians. Macallister will be hosting a book club event this afternoon at the Decorah Public Library on “The Magician’s Lie,” and then at 7 tonight, she’ll do a reading and take questions about “Girl in Disguise” at Dragonfly Books, also in Decorah.