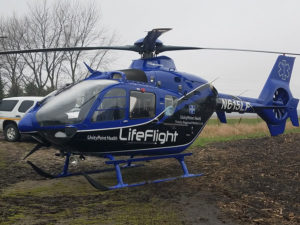 A Life Flight medical helicopter made an emergency landing north of Stratford shortly after 2 a.m. today after notifying the Hamilton County Sheriff’s Office of a problem.

The crew members stated that they had struck a bird while in flight. A windshield was broken out as a result with all crew members escaping injury. 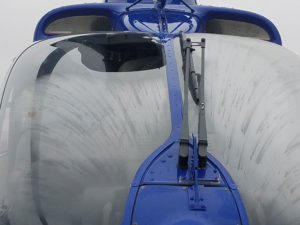 A bird strike broke a window and forced this helicopter to land.

The helicopter landed in a farm field. The helicopter is owned by Unity Point Health Trinity Regional Medical Center out of Fort Dodge. The crew was returning to Fort Dodge after transferring a patient to Iowa City.